The Secret Power of Facebook Audience Targeting for Ads

Reaching users has not been free for businesses on Facebook since couple of years.
Users began to complain that their News Feeds were becoming clogged up with promotional content and Facebook listened. Over the past few years Facebook has reduced the number of people who actually see a post, even if they are fans of your page.

Facebook was not quite altruistic in changing the Feeds. It saw a way to make money for itself. Since recently, because of updates to Facebook’s EdgeRank algorithm, ordinary users will see less promotional content on their news feeds. In fact, only 8 percent of people who “like” your page will see a post. To reach your marketing objectives with Facebook, you need to spend on advertizing.
There are multiple ways to advertise on Facebook, including the simplest way, boosting posts. What makes advertising on Facebook are the targeting options. Two powerful features are ‘Lookalike Audience’ and `audience categories’.
Lookalike Audience
A Lookalike Audience is a way to reach new people who are likely to be interested in your business because they’re similar to your best existing customers. You can create a Lookalike Audience based on a data partner, your pixel data, your mobile app data or fans of your Page.
Using power of targeting in Facebook and Google Ads, a media agency helped anti-immigration Alternative for Germany (AfD) win 12.6% of the votes in recent German elections. The agency created Lookalike Audiences based on fans of AfD Facebook page. Then it paid for specific ads based on multiple groups from the lookalike audience, such as mothers. All this is quite legitimate and was done after meeting Facebook executives.
Audience categories
`Audience categories’ are based on user provided data such as the names of their employers, schools, job titles and fields of study. Facebook algorithm crawls users’ profiles, identified patterns in the data and created new audience segments based on that information.
Since it is an algorithm, it cannot make meaning out of the data or patterns. In a study, ProPublica reported that Facebook had approved ads targeted using audience categories that included “Jew hater,” “Hitler did nothing wrong” and “how to burn jews.” Sufficient number of people had typed “NaziParty” as their employer or “Jew hater” as their educational field of study on their Facebook profiles that the computer decided that these people warranted their own grouping.
Unfortunately, Facebook was not even aware that ads targeted using audience categories that included “Jew hater,” “Hitler did nothing wrong” and “how to burn jews” were approved.
After this report, Facebook has removed the ability for advertisers to target based on users’ input for four free-form text fields that were identified to be problematic: education, employment, field of study and job title.
In a related development, Facebook is facing its greatest crisis over revelations that Facebook ads were used to meddle in US elections. The Ads were bought by people with false identities and links to Kremlin.
Facebook Marketing can be used to make history. It can also win you customers.

Anand Rao is the founder of Ananya SEO Services (http://www.ananyaseo.com ), a Search engine Optimization Agency offering both website development, SEO and PPC management.He is an MBA from Indian Institute of management, Ahmedabad, and has 20 years of marketing experience in IT services companies. His area of expertise is internet marketing, software projects outsourcing.Anand is deeply interested in writing. His book, "The Healer of Minds", a biography of a psychiatrist was published as part of Wonderful Mind Volume II. He sporadically writes short stories, one of which was published in Mirror magazine (India).He trained in Bharatnatyam (Indian classical dance) and has given performances. He loves cooking, photography, yoga and travel

Mallikarjuna Gorla
06:31 01 Aug 14
Ananya SEO Services is helping SERUDS NGO since 2010 by promoting our causes for charity and doing great SEO services to communicate Seruds activities to the global audience. It has resulted in many-fold increase in visitors to our website. We rarely see such a discipline and uniqueness, honesty and genuineness as displayed by Anand Rao when communicating with customers like us. We are delighted to be associated with Ananya SEO services. I wish Anad and his company all the best..... read more

Shankar N K
09:40 02 Jan 11
SARDS is an NGO in Andhra. Our website was yet to be completed in Oct 2009 when floods hit Andhra. Ananya SEO contacted us, suggesting we set up a temp website immediately and start PPC Ads to get flood relief donations. Ananya setup a small website within a week and launched Google Adwords campaign. They also did SEO work and created press release, articles on floods relief. Due to their efforts, we got 1st page rankings in Google for flood relief donations. We are very happy with the PPC and SEO work done by Ananya SEO.Shankar Secretary Social Activities for Rural Development Society-read more
See All Reviews

As a small business owner or marketer, you may be wondering if Social Media Marketing would really work for you. It is estimated that 93% of small businesses use social media as a marketing channel, Read more…

Out of all of the newer social networks, Instagram does a lot to set itself apart. With over 500 million monthly active users, Instagram is the fourth-most downloaded app in the US. Since Instagram marketing Read more… 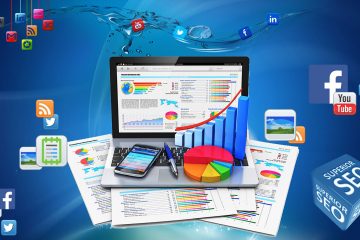 Have you set up a Creative Facebook Cover Video

Since May 2017, Users have had the option to turn their cover photo into a cover video. Facebook is focussing on video content, since this is the way that people today prefer to consume content. Read more…